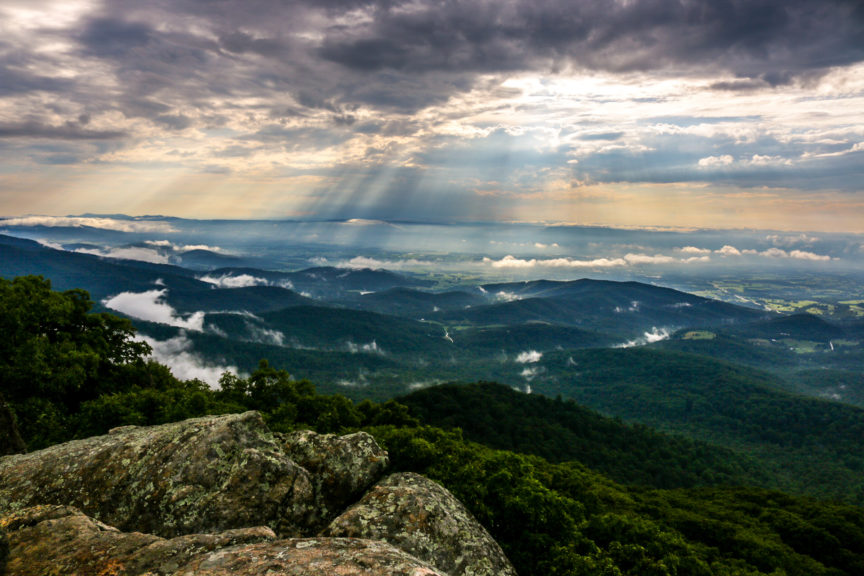 I’m writing to you from Luray, VA. Mile 941. I’ve been hiking the Shenandoah National Park with Jillian for the last two weeks. We’ve slowed the pace and taken some extra zeroes because Jillian’s knee is giving her some problems. The relaxed pace has been refreshing.

The AT follows Skyline drive for over 100 miles in the SNP. I’ve enjoyed it greatly. There are gorgeous views and every other day you’ll come across a wayside that serves burgers and ice cream. We even lucked into a breakfast buffet at a resort on Sunday.

Our hostess asked us, “would you like to sit away from everyone else?” Direct quote, seriously! I knew that I would have new experiences on the trail but the most unexpected has been the experience of being treated like an outcast.

I’m sure its because I resemble a homeless man in appearance and odor. It’s very interesting to see the world from this perspective. 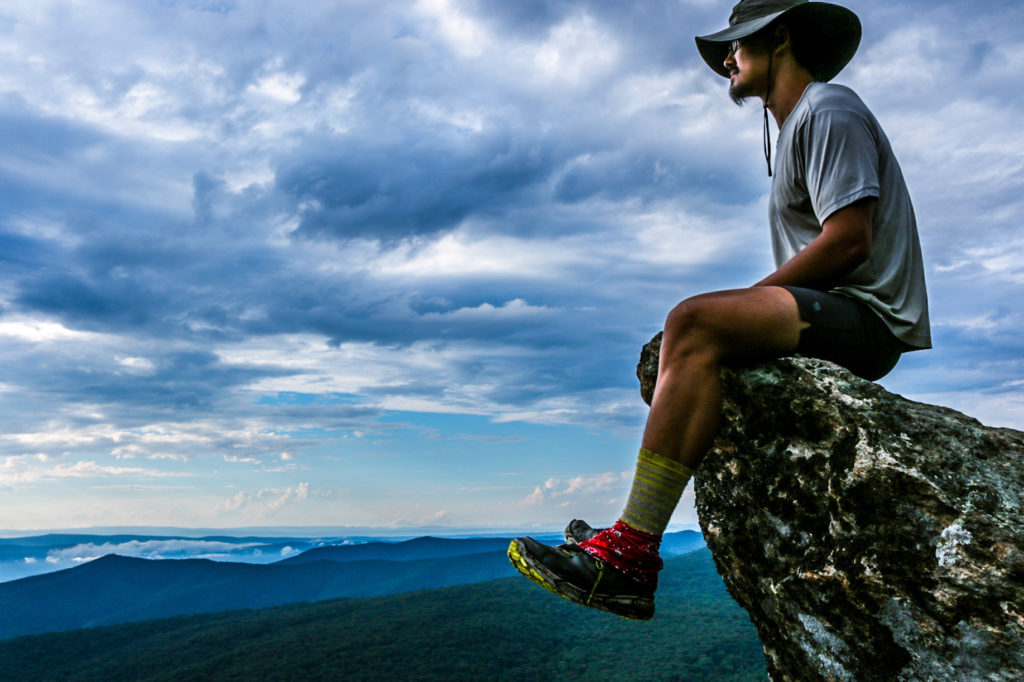 We know intellectually that the dirty homeless man is a human, with his own story and life… but I think until now I could never actually put myself in his shoes. I saw him more as an entirely different entity. You have regular people and then the poor homeless people but they certainly couldn’t be the same people deep down. I’m happy for the experience. I think it will help me to put less weight in how others judge me and also make me more compassionate toward the less fortunate.

Dirty looks aside the Shenandoah’s have been awesome. We’ve seen 10 bears, a big timber rattler, and lots of deer. And great views. So many great views. 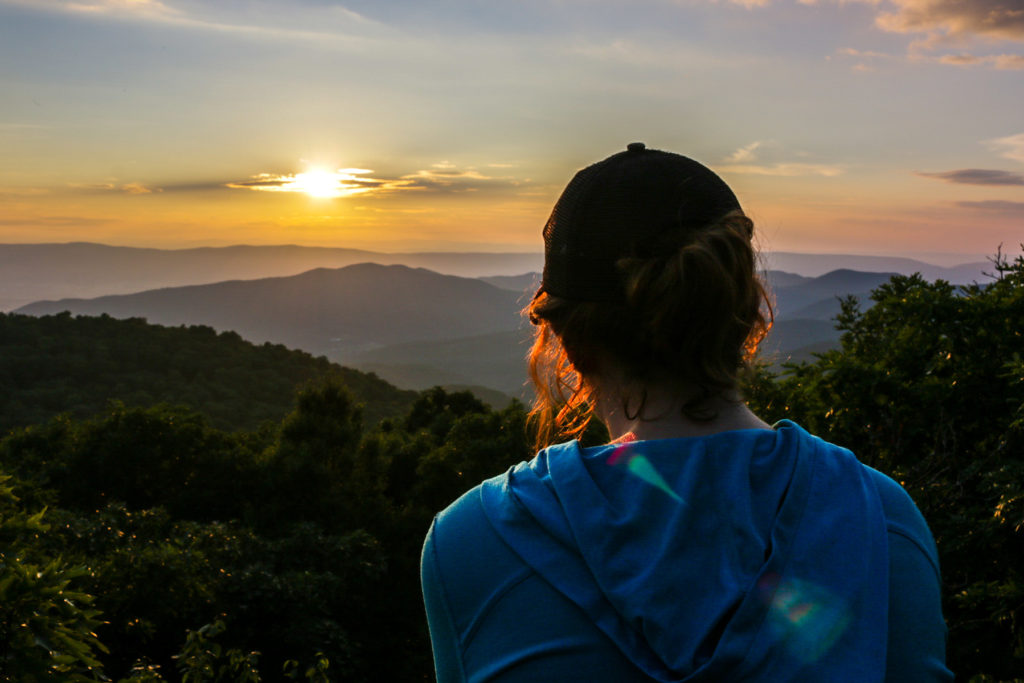 I’m feeling much better rested now and out of “the Dip.” Virginia certainly takes a toll on people. Six thru hikers have dropped out in the last 200 miles and another four cut their journey short at the halfway point at Harper’s Ferry. That’s more than half of the thru hikers I’ve met in the last 200 miles. Not me. I’m excited for the views from the big mountains up north.

The Seven Types of Hikers

Wanted to share some stories about people I’ve met and this seemed like a fun way to do it.

This hiker is on the run from something. Sometimes it’s a bad marriage… other times it’s the law. I met a guy named Pippin way back at the beginning of my trip and turns out he had absconded his probation and was hiding out on the trail. The US Marshalls tracked him with his cell phone and arrested him at gunpoint near Franklin. It was the talk of the trail for a while. I’ve met another hiker, who shall remain anonymous, who is not supposed to be out of the state. I hope he makes it to Maine without getting arrested(again). Also I feel like if you’re not supposed to leave the state, and you do, you shouldn’t tell people about it.

Usually male. Usually younger. You can spot this hiker from his unusual mileage. He will push big 20 mile days until he catches up to a female and then conveniently drop to her pace. On town days you can find him on his phone furiously swiping through Tinder and trolling the local bars. Ladies, if you want to find a homeless looking boyfriend you’ll have an endless supply of potential dates on the trail.

I’ve noticed an interesting trend. There seem to be a disproportionate number of hikers in hostels vs the trail. Some weeks I’ll meet just 1-2 other hikers at shelters yet magically there’s a dozen at the hostel. It’s not unusual to meet “hikers” who have been at a hostel for 3-4 weeks to “rest up.” The most egregious hostel dweller was a guy named Rhett. I met him at the Laughing Heart Lodge in Hot Springs, then at Uncle Johnny’s in Erwin and finally at Kincora in Hampton. He never actually hiked to any of those hostels. He was shuttles to each one. He took a shuttle to Damascus after I left Kincora and quit his “hike” there. Maybe he was trying to set a record for hiking the AT without ever stepping foot on the trail.

Not to be confused with the budget hiker. The budget hiker doesn’t have a lot of money to spend and so they are very frugal. The perpetually broke hiker likes to complain constantly about how broke he is while at the same time buying ungodly amounts of cigarettes, weed, and alcohol. I really don’t get it. Like one, where are they coming up with the money for the cigs and beer and two how do they not see that if they bought less of that crap maybe they wouldn’t have to bum food from people.

My worst nightmare. They’re the people who will ask you a million questions while you’re clearly trying to read. They don’t so much talk to you as talk at you. They love social interaction and damnit you’re the first person they’ve seen in 12 hours so you will provide them with human contact whether you like it or not.

They’re out here on a spiritual quest. Every event is infused with mystery and meaning. See that rock? That rock was placed there by God so that they could walk by at the perfect moment and receive shade. See that flower? It’s the most beautiful creation of the universe and definitely a sign that we’re on the path to enlightenment. I’ll admit, I am guilty of being like this from time to time.

For this hiker everything hurts and everyone must know exactly what hurts, when it started hurting, and why it especially hurts today. If they’re staying at the same shelter set up your tent!! Else you will be assaulted with moans and groans all night as they nurse their wounds.

This is all mostly in jest. I haven’t become a bitter or jaded hiker. Everyone on the trail for the most part are really nice and great people. But normal friendly people don’t produce interesting stories. 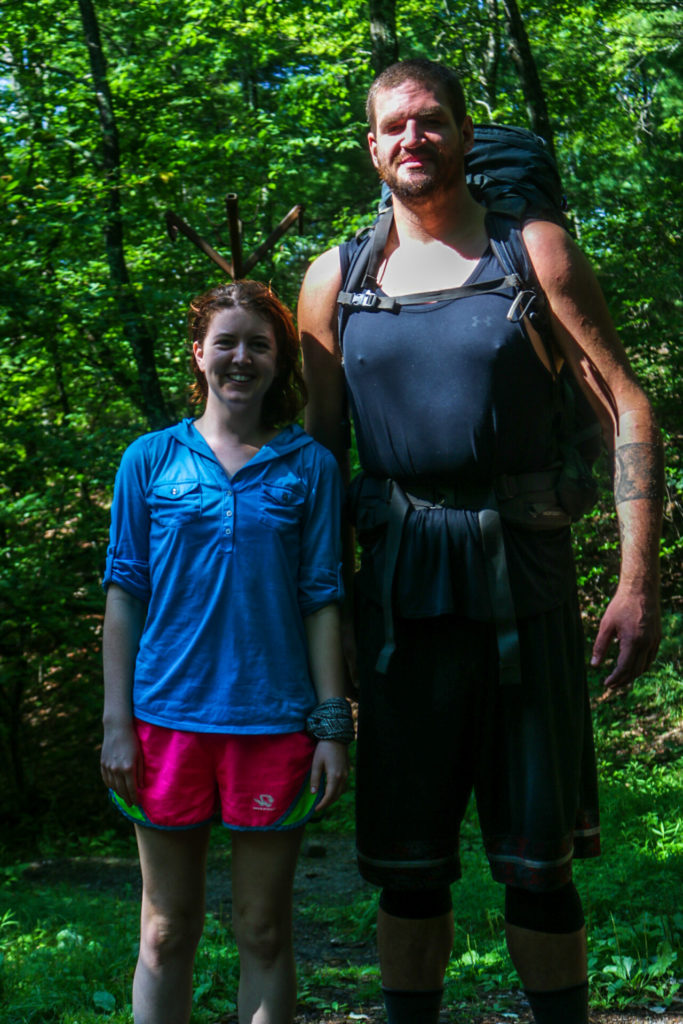 I’ll end this post now. We’re going to cook ribeye steaks and potatoes for dinner and watch some game of thrones on HBO. We’re staying at the Open Arms Hostel and it’s really nice. Very clean and very comfortable with a well stocked spice drawer. Hope everyone has a great week, thanks for reading!