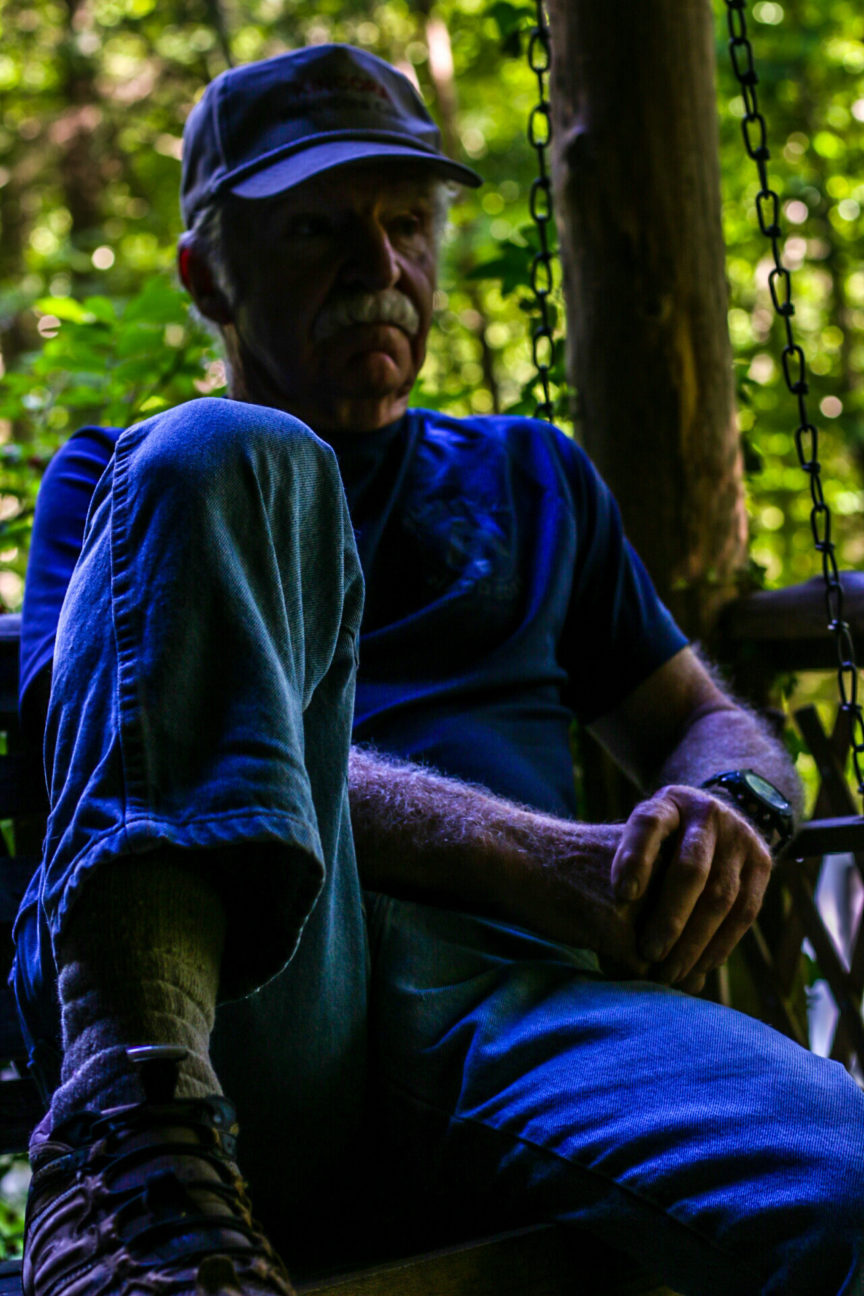 I’m writing from Damascus VA, mile 468 on the Appalachian trail. It’s been a while since I’ve updated the blog so let me catch you up.

After Hot Springs I hiked 70 miles to Erwin, TN. About 11 miles out of Hot Springs I camped in a fire tower with a section hiker named Stogie. Having a 360 view of the Appalachians and a night sky full of stars made it a memorable evening.

In Erwin I stayed at Uncle Johnny’s. John is a real character. He loves tie dye and is a big fan of the grateful dead. He owns an old boxer named Jerry Garcia. 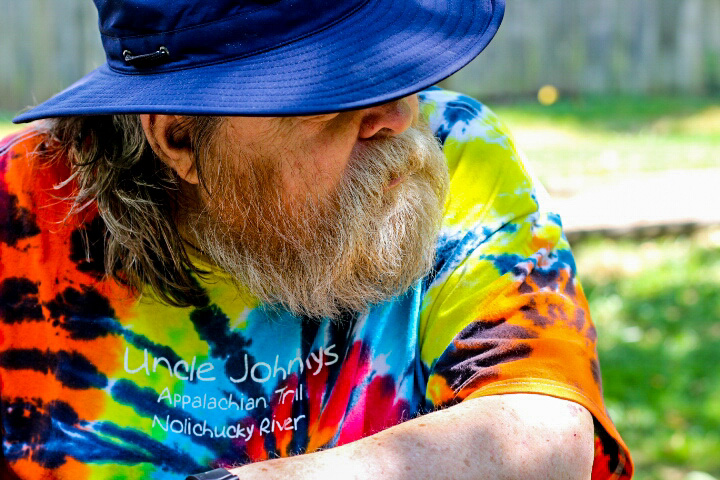 From Erwin it’s 120 miles to Damascus. I ran into Golf, Finn, Snackpack, and Stogie again. Their pace is a little slower than mine but I tend to spend more time in towns so we’ve been playing leapfrog since the Smokies.

Everytime I see Golf he has a new story for me. The latest was their plan to waylay me and take my rotisserie chicken. That was by Watagua lake, where they had planned to camp. There’s a lot of bear activity around the lake so they may have a good bear story for me the next time we run into each other. 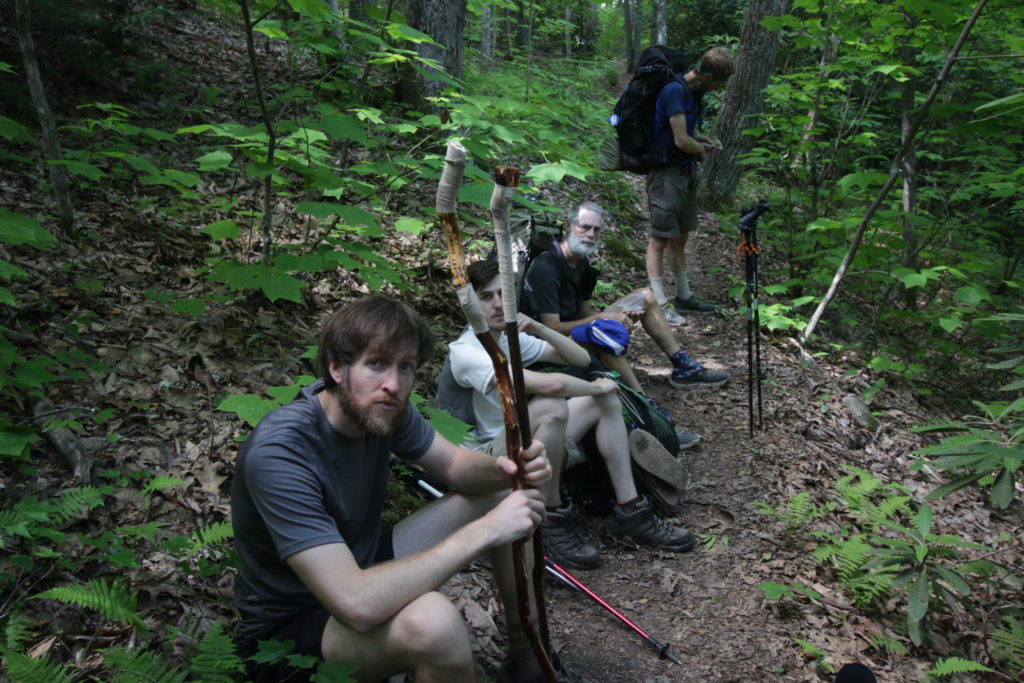 From left to right, Stogie, Snackpack, Golf, and Finn.

Now I’m sitting in a nice little coffee shop in Damascus enjoying a decaf ice coffee and writing this post. I’ll walk through the Grayson Highlands in the next few days and enjoy the company of some wild horses.

I met Bob at his hostel, the Kincora located on mile 418 of the AT outside of Hampton, TN. 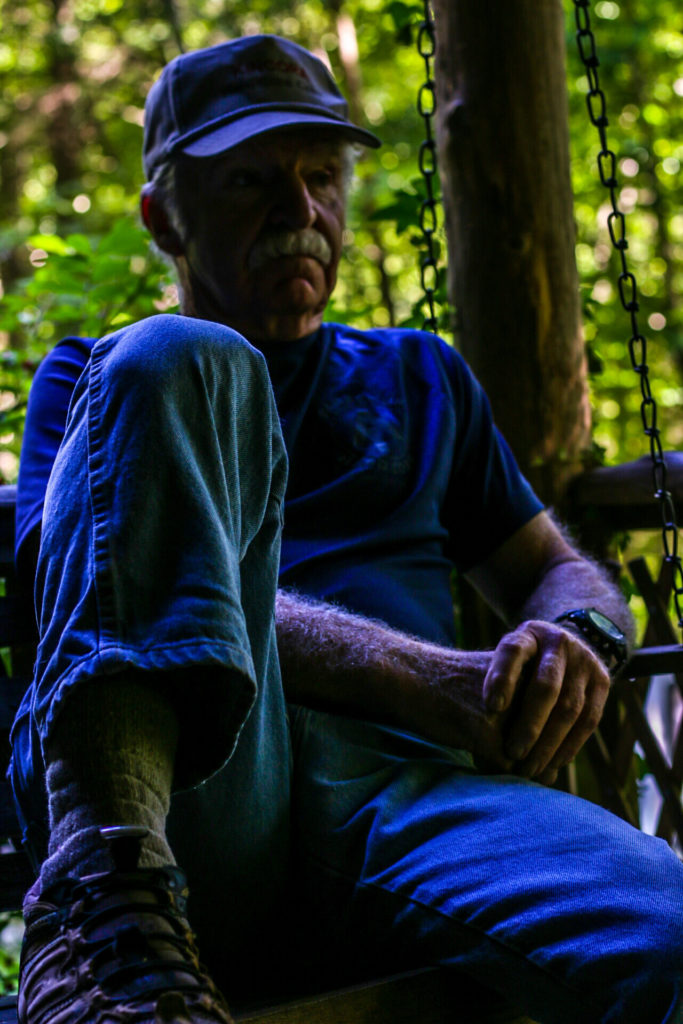 Bob is a fascinating man. He was drafted into the Air Force in ’66 and spent twenty years as an electronic warfare officer working with the AWACS.

He was sent out to Spain in 1986 to prepare for the bombing of Libya. They were on complete comms lockdown. His wife didn’t know where he was or hear from him for 186 days.

During that time they drilled constantly with a search and rescue helo team because the projections showed that their AWACS would have a 100% likelihood of being shot down during the campaign.

Happily Bob was never shot down and came home in one piece. After he retired from the military he purchased the land where his Hostel sits on and moved there with his wife who has since passed.

Bob has operated his hostel for more than 20 years now on a donation basis. In that time he’s seen more than 20,000 hikers come through. Bob is also very active with trail maintenance and we can thank him for building many of the switchbacks in Tennessee.

Between all of the hikers that Bob has met and his own extensive travels he has an endless repertoire of stories. My favorite was his story about the trail journal entries from twinkles. Twinkles had a real attitude and would write things in the journal like, “here comes that jerk again, he never shares any of his food.” Well, it turns out that twinkles was a dog and his owner had been writing from twinkles the dog’s perspective.

Another of my favorites was when Bob tried to convince Baltimore Jack to come hike the Florida trail. Baltimore Jack is a famous trail persona who died this year. He was a theatre critic who came on the AT after a divorce and never really left – by the time of his death Jack had hiked the trail 8 times total and spent a lot of time with Bob at his hostel. 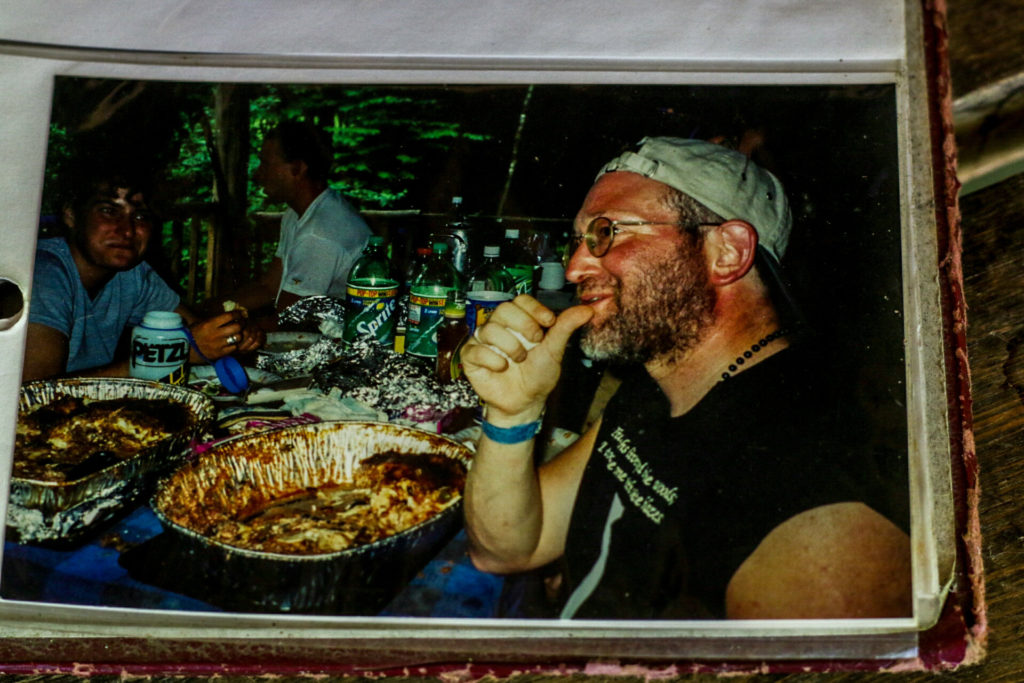 So Bob was planning a hike of the Florida trail and asked Baltimore Jack if he wanted to join. Jack said “Bob there are prehistoric monsters down there, there’s no way I’m hiking that with you.”

Well Bob hiked the trail and came back with a photo of a 13ft alligator walking by his tent. He said Jack was very happy that he hadn’t decided to join Bob in Florida after seeing that photo.

The Florida trail doesn’t seem like a place I’d want to hike either. It winds through swamps and there’s a 7 mile stretch where you have to wade through waist deep water – with alligators and water moccasins all around you. That sounds terrifying.

But according to Bob the alligators only feed at dawn and dusk and otherwise are fairly harmless. I agree with Baltimore Jack, I’ll stay away from the prehistoric monsters.

Bob is one of the most genuinely kind hearted people that I’ve met. He has 17 cats – all feral cats that he took in. They sleep in the house at night, so the coyotes don’t get them. And they actually run to the door when Bob calls, just like dogs, it’s the strangest thing. I’ve never seen cats come when they’re called and here Bob had a herd of them stampeding to his door every night. It’s a hilarious sight.

I asked Bob about his thoughts on a successful life. His answer was to “treat everyone as you’d like to be treated.” He truly lives by that creed. It’s no coincidence that Bob is famous among the AT community for his generosity and service.

Tonight I’m going to cook a big steak and some bacon for the next few days. Then it’s onward tomorrow – I should hit the 25% mark at mile 540 next week. It’s hard to believe that I’m almost 1/4 of the way there now. Thanks for reading!