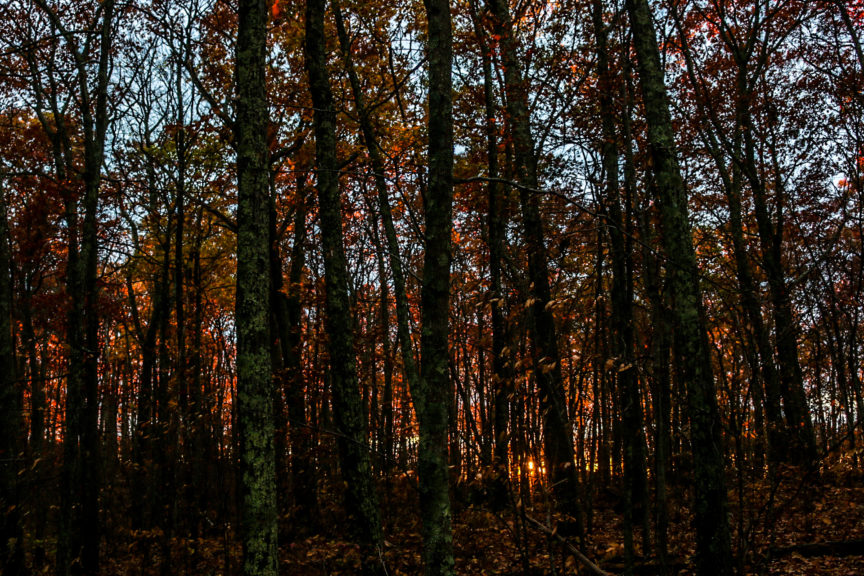 I’m writing from the Tuxedo motel in Southfield, NY while I do laundry. There’s no laundromat so I’m washing the clothes in the sink and rinsing them off in the shower.

I’ll be entering New Jersey in two days and then there’s only Pennsylvania and a small portion of Maryland left to hike. I’m ready to be done. I’m ready to be able to relax and not have to walk anywhere for a while.

The temperatures have been awesome this week! It was in the high 60s in the day and and only dropped to the 50s at night. Much more comfortable than the nights in the 20s and the snow I was getting in Connecticut. I’m like an old man now

There isn’t much to report from Connecticut. It was cold. It snowed on me. And there were lots of rich old people who gave me dirty looks.

There aren’t many people on the trail now. I’ll come across the occasional day hiker but have been alone in most shelters at night. I’ve left behind the people I was hiking with through the Whites. Kelly and Blake are about 70 miles behind and Newt went home.

I hiked all night Wednesday night and walked 47.8 miles in 28 hours. Mostly just to see if I could. I’d read in a book that one of the selection events for the Army’s Delta Force was a 50 mile ruck. I’ve always been curious to see how I’d do on something like that.

I left the RPH shelter at 9:30am. Which was an awesome shelter by the way. It has bunk beds, a table and chair, and you could order Chinese and Pizza delivery since the shelter sat next to a road. I ordered $20 of Chinese and ate it all that night.

After RPH I hiked 20 miles to the Appalachian Deli. The AT goes through its parking lot so that was convenient. Ate dinner at the Deli and washed it down with a pint of icecream and a beer. Bought extra batteries for my headlamp and got back on the trail at 8pm.

Headlamp blazing I hiked on toward Bear Mountain and crossed the Hudson River on the Bear Mountain Bridge around midnight. Crossing the river was a cool experience and reminded me of the prisoner swap scene from the Tom Hanks movie Bridge of Spies.

I rested on a park bench near Bear Mountain at 1am and ate a deli sandwich with a warm coke. It struck me then how much I resembled a homeless person. Dirty, smelly, unshaven, eating old food on a park bench near NYC. I considered taking it all the wau by spending the night on that bench but decided to climb a mountain instead.

The trail up Bear Mountain is superb. Wide, well maintained, lots of steps carved into the rocks. I saw deer three separate times going up the mountain. They’d stare dumbly at my headlamp unmoving. I guess the light blinds them. I got within two feet of a doe. Could have punched a deer if I wanted to(I didn’t).

I reached the top of the mountain at 3am. I was able to see the lights of NYC across the river. There’s supposed to be a great view of the city skyline from West Mountain Shelter but I didn’t want to walk an extra 1.2 miles to see it.

From Bear Mountain I kept plodding south and crossed the Palisades Parkway at 5am. This is a four lane highway that feeds into NYC and even at 5am was already busy with traffic. Hands down it’s the most dangerous road I’ve crossed on the AT. There’s limited visibility and cars come screaming past at 70mph. Finding a break in traffic is tough and I’ve heard stories of people waiting for over an hour to cross that road. If the crossing stays as it is one day a hiker will get killed there.

I drank a five hour energy at sunrise and kept moving at a slow but determined pace. By 7am I’d hiked 32 miles. There was a shelter at 35 miles that I considered staying in but decided to push to at least 40.

The last 7.8 miles were agonizing. Blisters were developing on the soles of my feet. My heels and instep were bruised and pain shot up with every step. My legs were chafing. And my muscles were spent. It took almost five hours to cover those last 7.8 miles and it started raining to top it all off.

I’m glad I did it. It was a great test of endurance and perseverance. I’ll likely finish my hike with an even bigger section providing the weather cooperates.