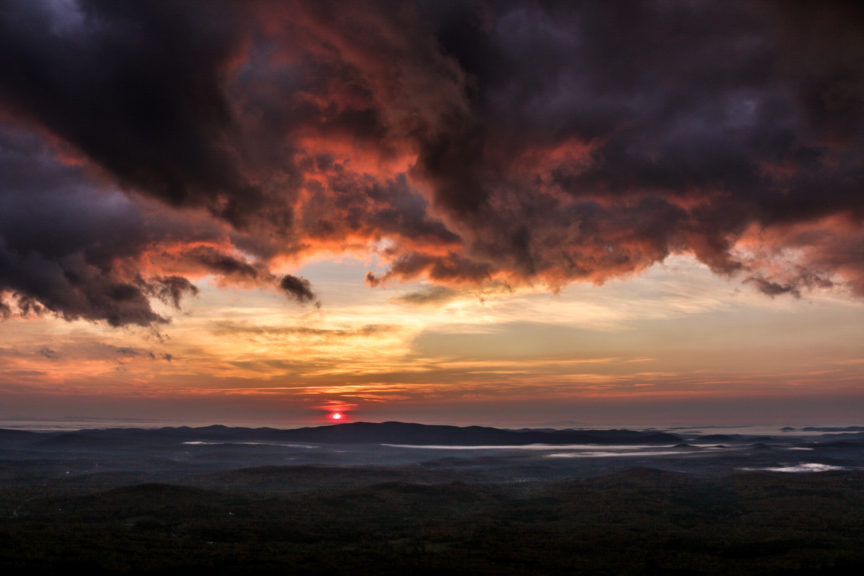 I’m writing to you from Manchester Center, VT. I hitched into town early this morning and will head back to the trail this afternoon. I plan to go in and out of towns like this frequently on my way back to Harper’s Ferry. It will save both time and money and help keep my pack light by allowing me to carry just 2-3 days of food. 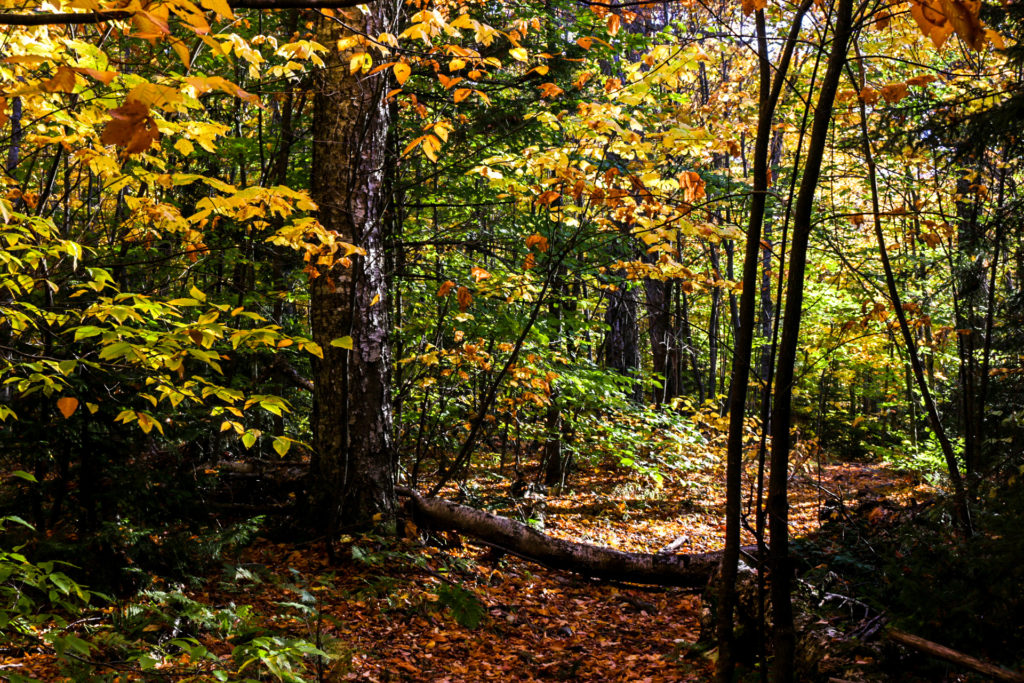 Speaking of a lighter pack I sent home 7lbs 7ozs of gear. I got rid of my:

With all of that gone it means I’ll have to move from shelter to shelter. In an emergency I can still cowboy camp in the open. It might be uncomfortable but I’d survive. I haven’t used my tent in three weeks so it won’t be much of an inconvenience.

It also means I’ll be eating cold trail meals. I’ve found it to be not as unpleasant as I feared. My dinner consisted of cold mashed potatoes with summer sausage and pepper jack cheese. 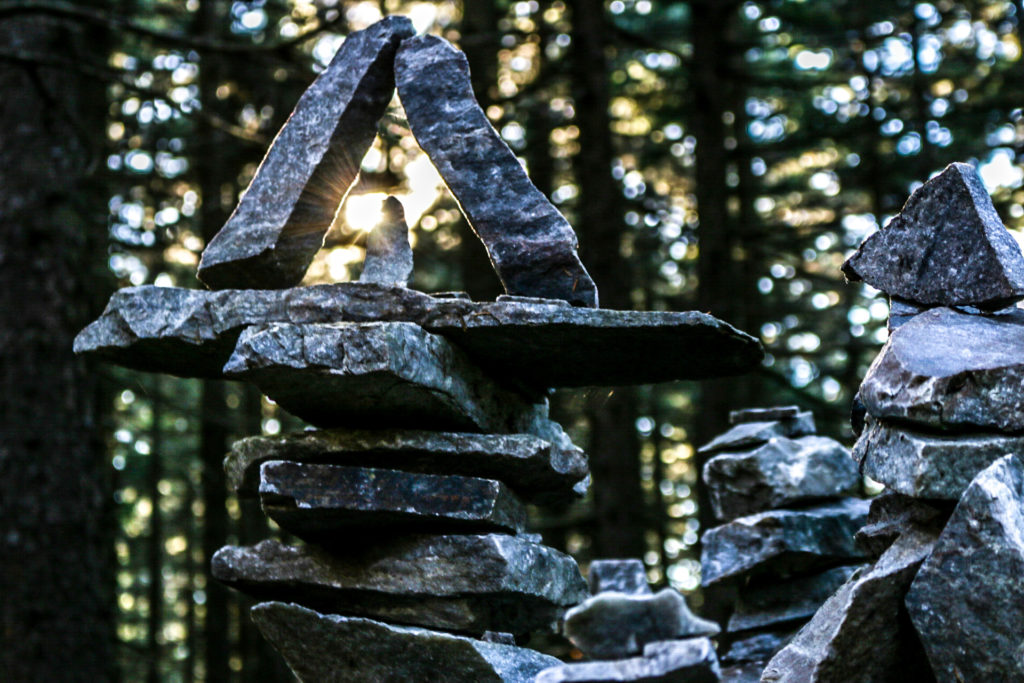 There are several “rock gardens” along the AT in southern Vermont.

Between what I sent home and carrying less food I estimate I’ve saved at least 10lbs if not closer to 15. I’m now leaving town fully stocked with 30-35lbs rather than 45-50. It’s a massive difference that has made the last few days of hiking noticeability easier and much more enjoyable.

It’s interesting to contrast what I needed at the beginning of the trip to what I’m carrying now. When I started in Georgia I carried lots of “what if” gear: extra clothes, extra batteries, lots of extra food. Over time I’ve learned to fear the wild less and to have more faith. Not faith in a religious sense but faith in the process and in the universe. I’ve encountered so many instances now of finding the exact thing I need right when I needed it that I don’t worry so much about the what ifs.

It’s difficult to articulate. A good example is night hiking. It’s not uncommon for me to hike for 2-3 hours in the dark now in order to get more miles in. 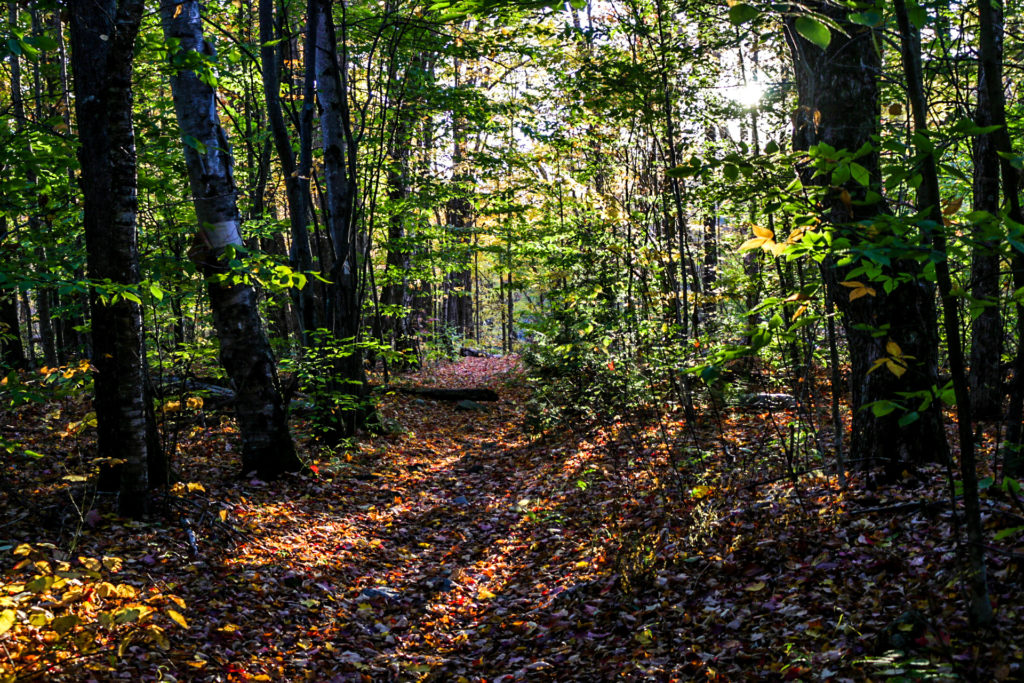 When you’re hiking at night the trail sometimes becomes very difficult to follow. Especially now that the trail is covered by a heavy blanket of dead leaves. I rely on my intuition almost more than my eyes when I’m night hiking. I’ll just feel it in my gut when I’ve gotten off trail. That gut feeling probably comes from my subconscious mind recognizing the tiny signs that differentiate the trail from the rest of the forest. I think it’s immensely valuable to train yourself to listen to those subtle partitions within our consciousness.

This inner intuitive sense is directly tied to the faith I’ve developed on the trail. Because as I’ve learned to trust and follow my intuition I’ve found that potential problems are effortlessly avoided and everything seems to work itself out. So then without the fear of all the “what if” scenarios I no longer have the need to carry all the “what if” gear.

I think this state of being would be described by Taoists as living according to The Way. It’s the leaf effortlessly floating on the river. I think others would call it being guided by a higher power. Whatever the source of the guidance there is a sense that life is not random and that if we let ourselves be guided by our intuition then truly there is nothing we ever need to worry about. 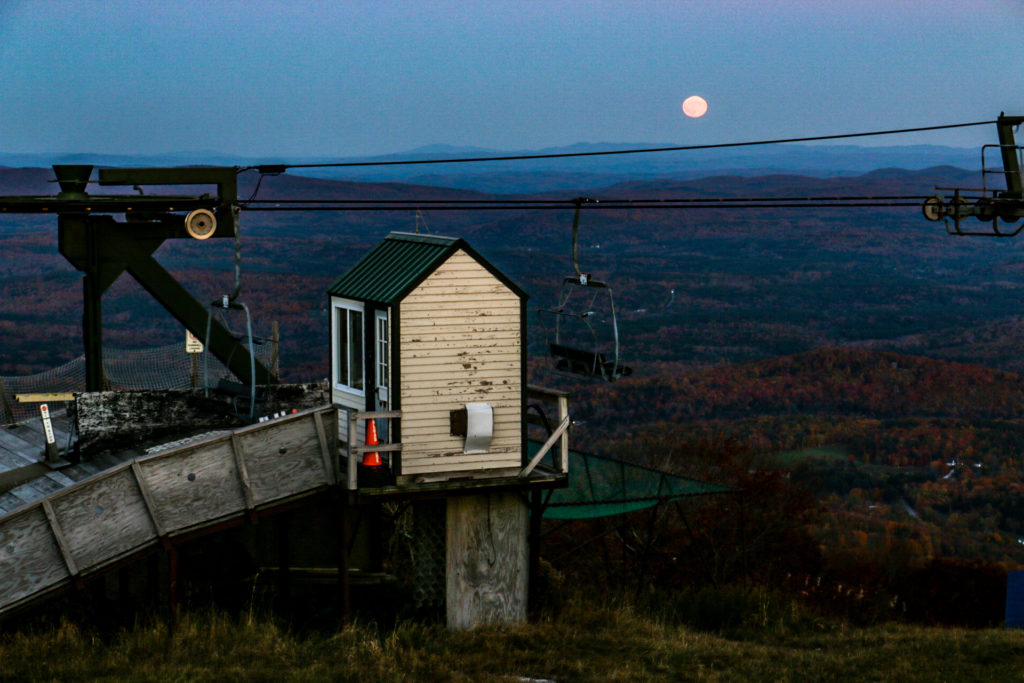 Okay that’s all I have time to write about today. I’ll be pushing up the miles from here and spending less time in towns so the updates may be shorter and more sporadic. Thanks for reading and happy trails everyone!