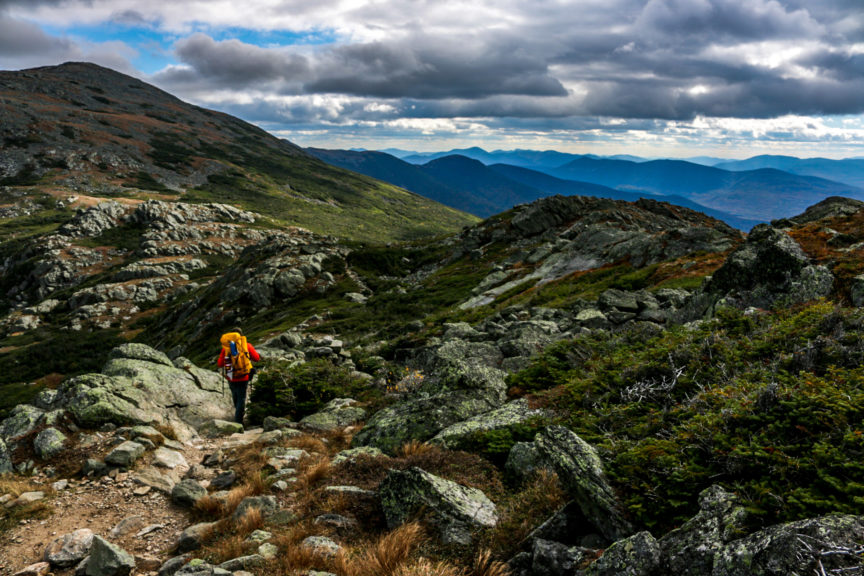 I’m writing to you from a 12 tribes operated hostel in Lancaster, NH. The 12 tribes is a somewhat eccentric community that some describe as a “cult.” They have communities across the nation and are famous for their Yellow Delis.

They’ve been very nice and super hospitable. They drove us 35 minutes from the trailhead and will return us in the morning. They don’t charge and only ask for donations. And they don’t try to push their ideology onto you. I’ll write more about them in a future post. Probably after I stay at their main Yellow Deli in Rutland Vermont.

I’ll keep this post short and focus on photos. 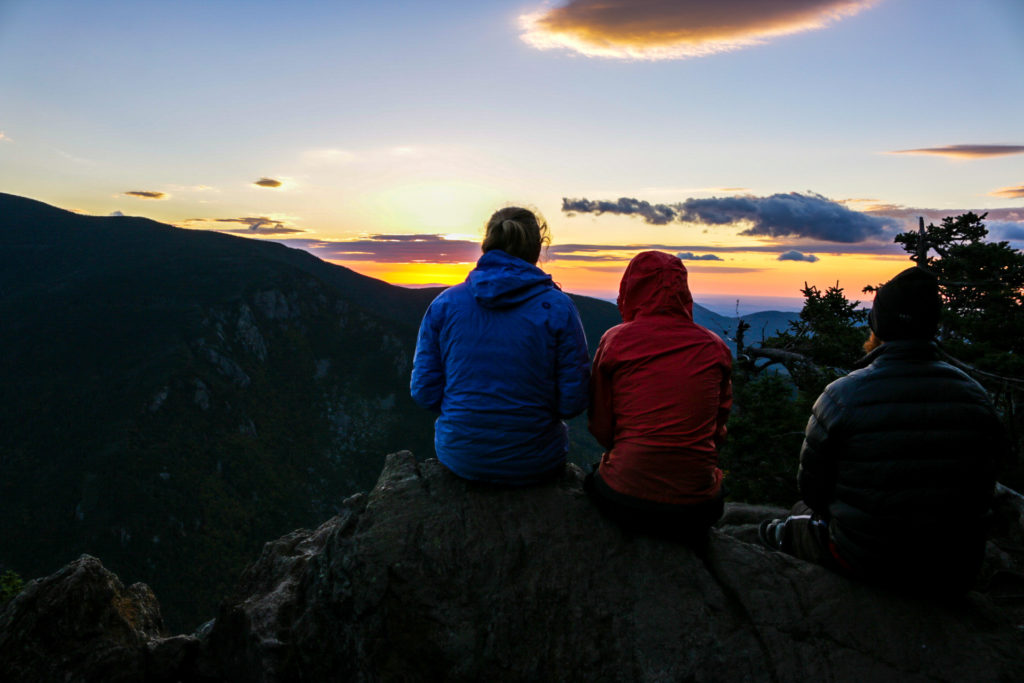 I met up with Newt, Sleeping Beauty, and Foodie at the White Mountain Hostel in Gorham and have been hiking with them through the Whites. I hiked with Newt and Sleeping Beauty for a few days in the hundred mile wilderness about a month ago. It’s a nice change to have a group again. We’ll probably stick together until the end of the Whites in Hanover, NH. 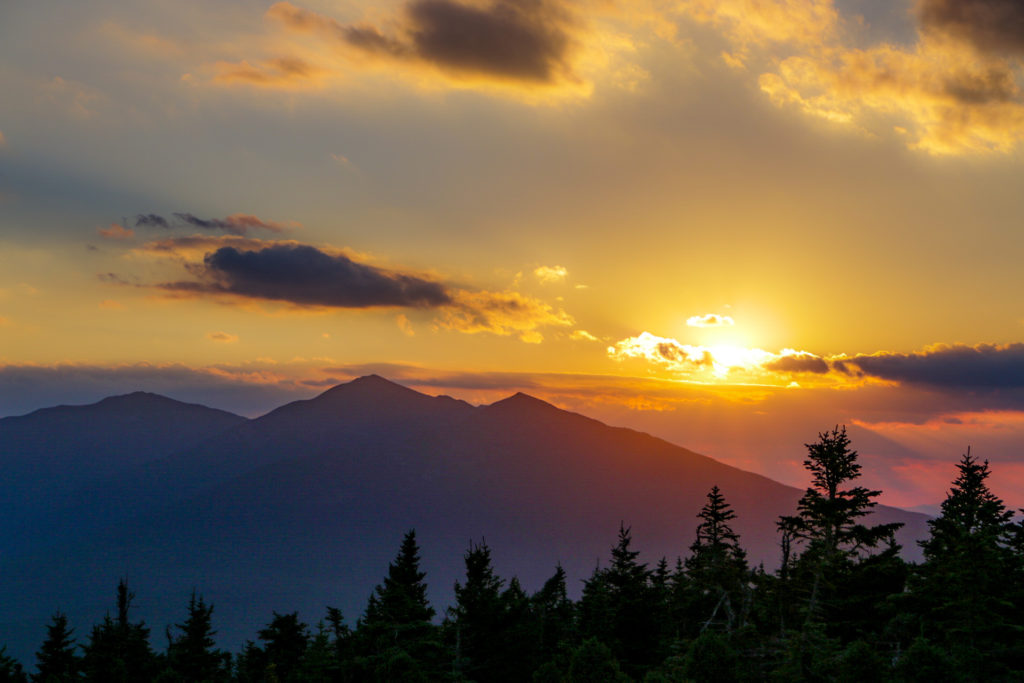 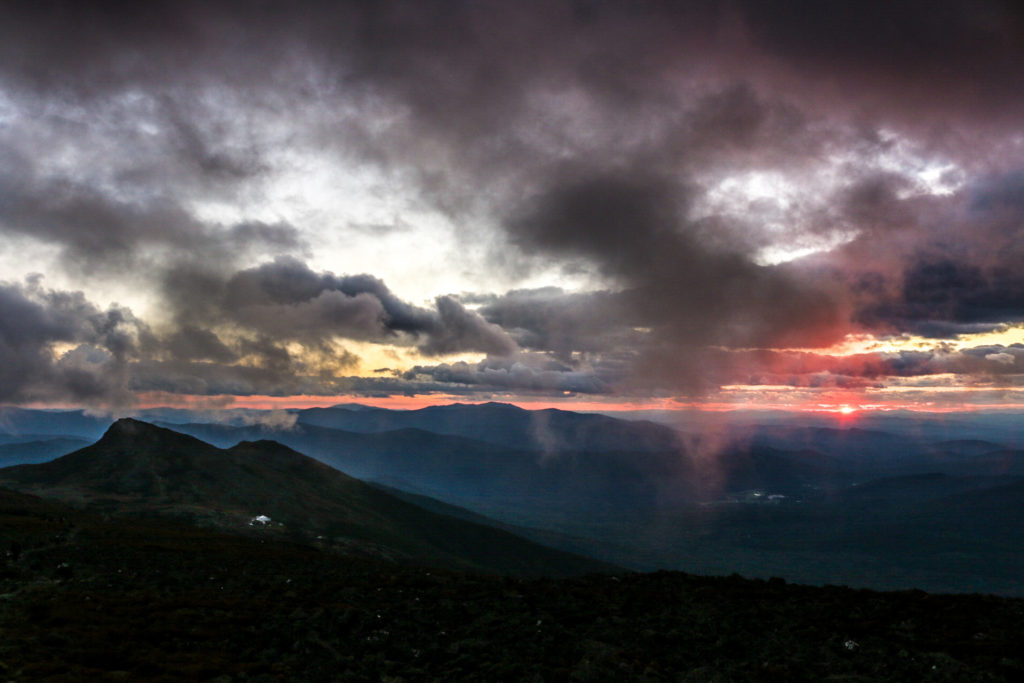 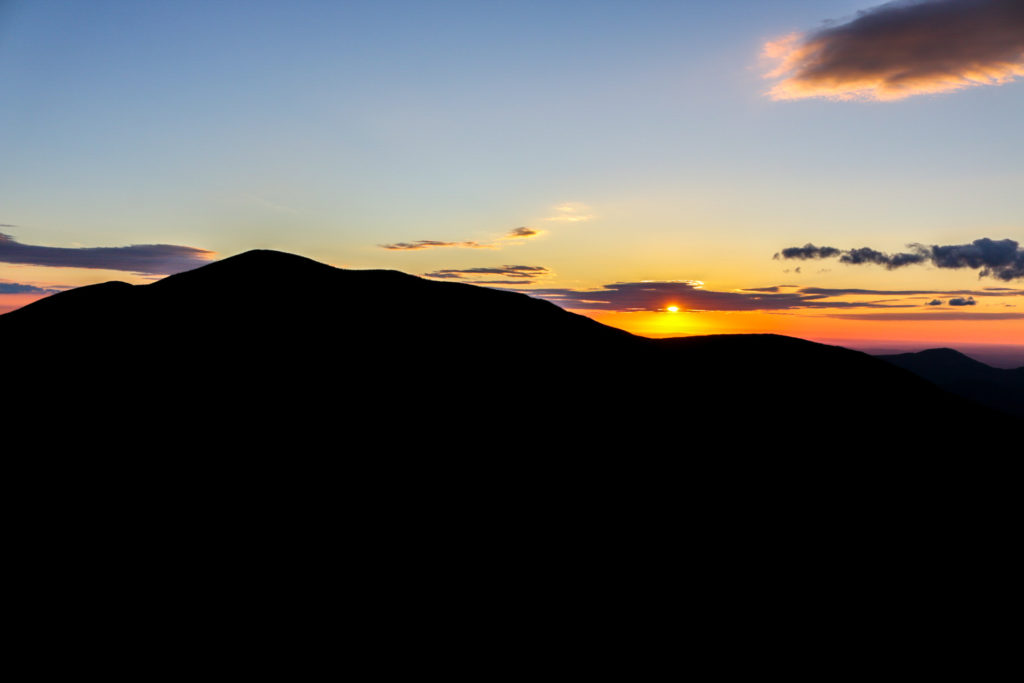 The sunrises and sunsets have been incredible. 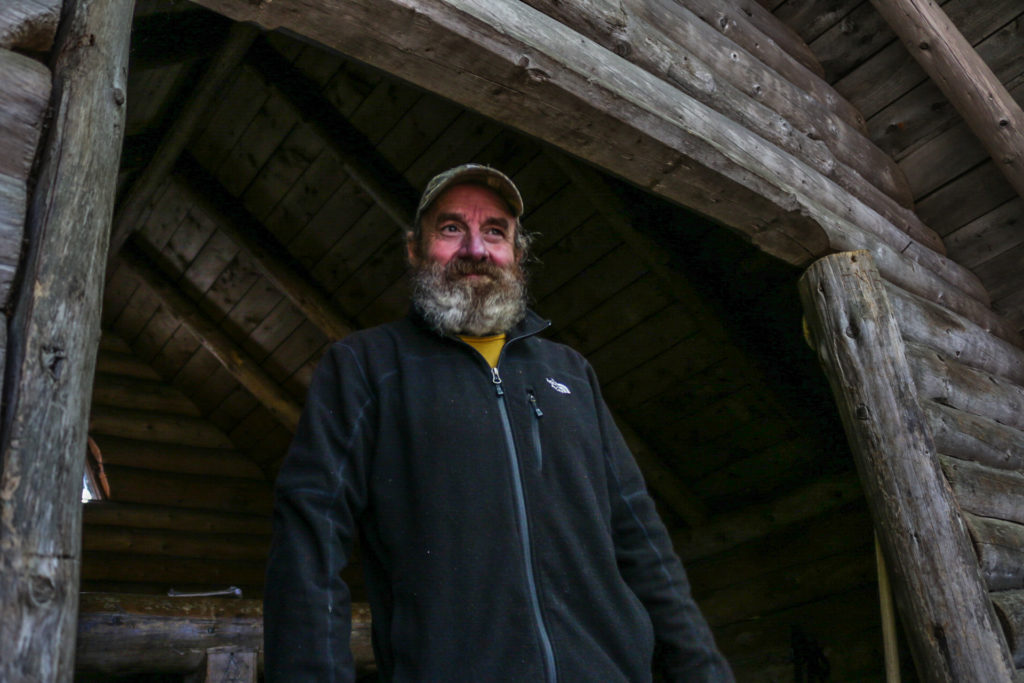 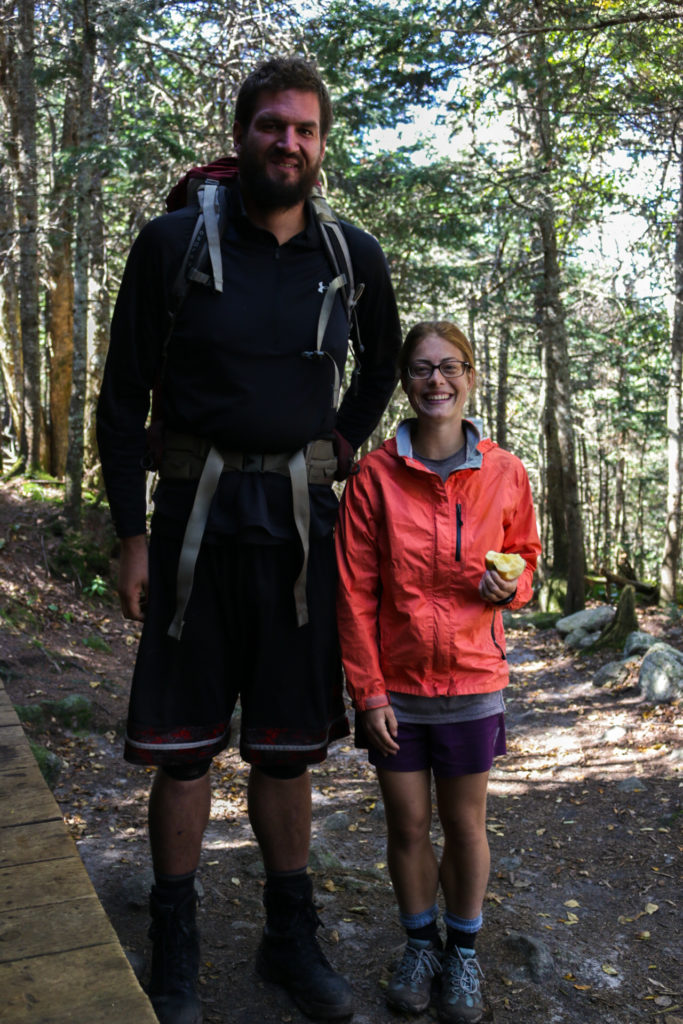 Top photo is Looker and bottom is Bear standing next to Newt. I first met Looker and Bear in VA and met them again climbing up Mt. Madison. They’ve hiked with us for the past few days and are the ones who turned us onto the 12 tribes in Lancaster. Looker is a retired Air force recruiter and Bear was a social worker in Chicago. Bear is every bit as tall as he appears, standing at 7’1″. And he’s lost 140lbs thus far. By the way he was thrilled and grateful for the contributions he got from everyone. It really picked up his spirits and made him hopeful that he will have the funds to finish out the trail. 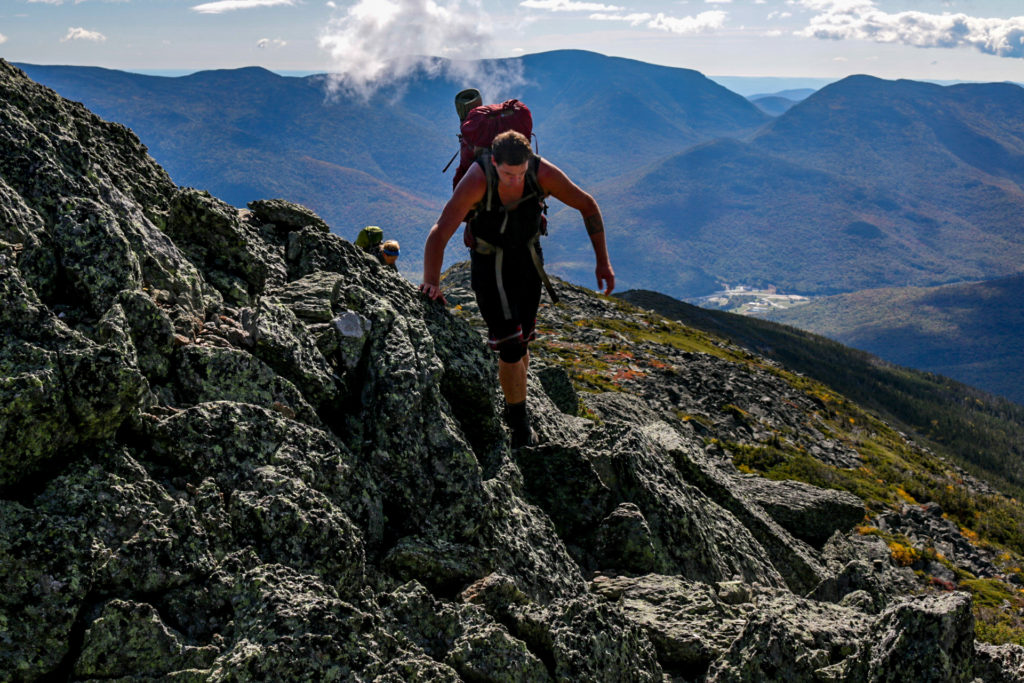 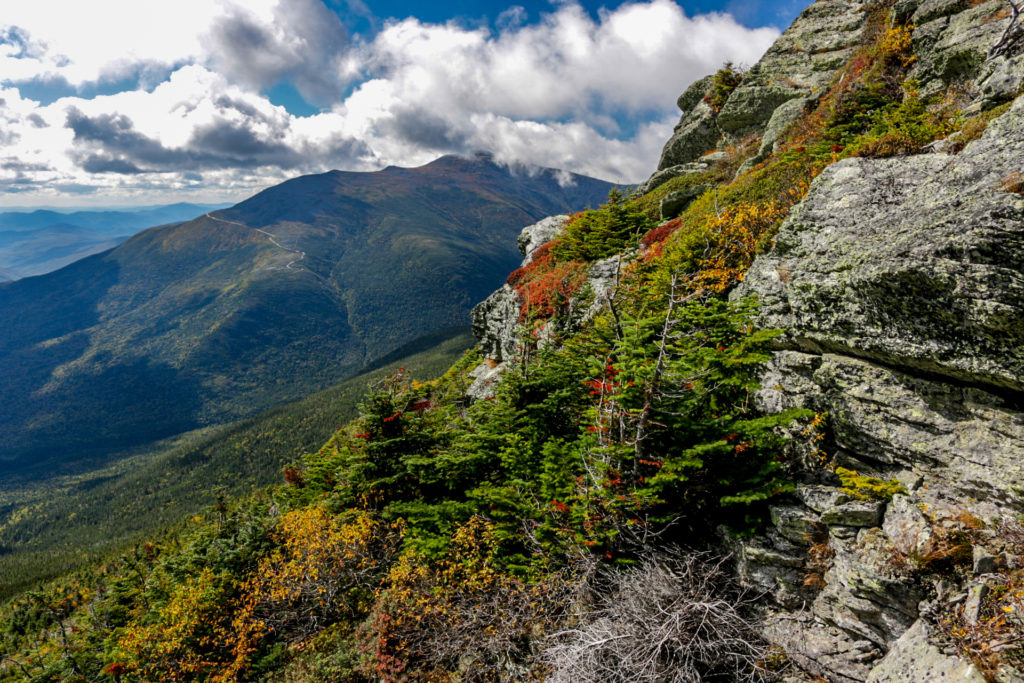 On our Washington summit day we first had to summit Mt. Madison. This involved a two mile rock scramble while being buffeted by 40-50mph winds. The summit yielded a spectacular view of a cloud shrouded Mt. Washington rising in the distance. 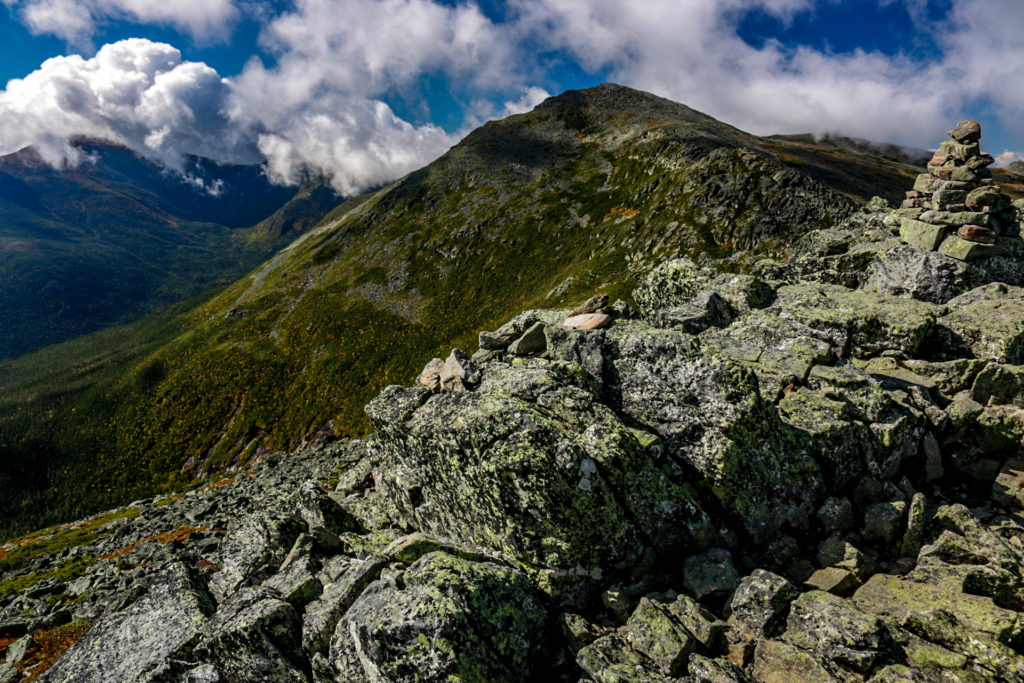 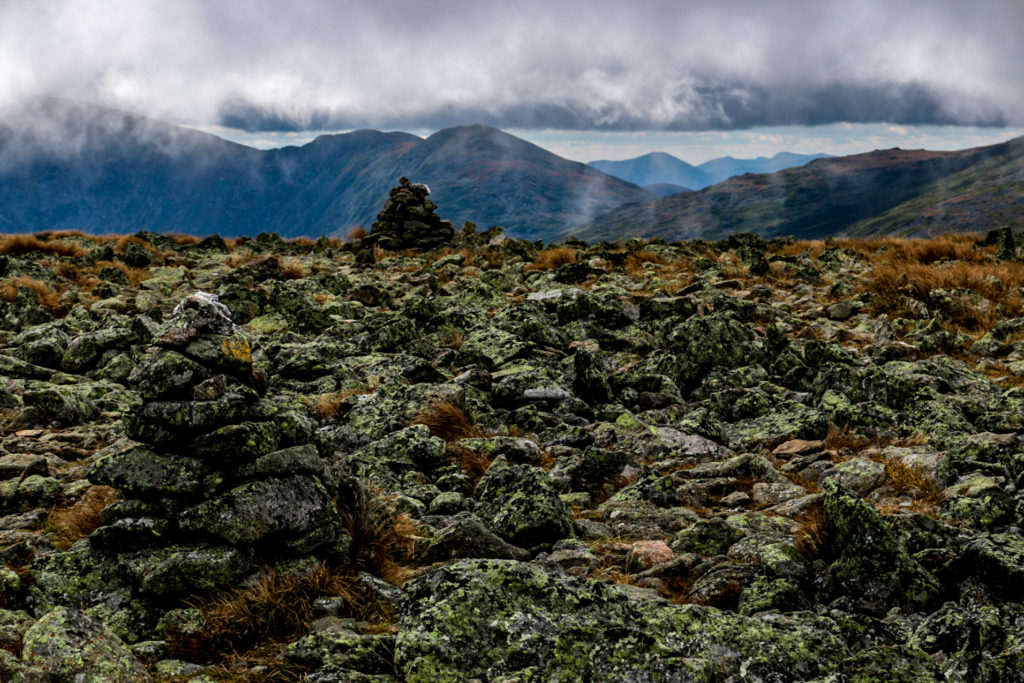 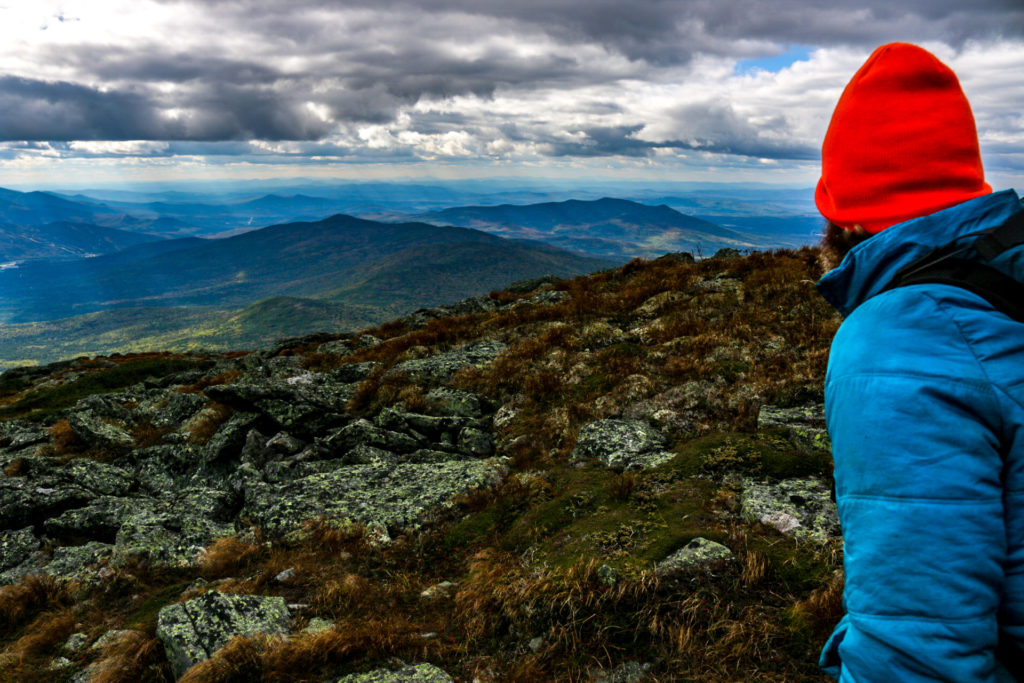 After Madison we hiked around several other presidential mountains on a mostly rocky path. It was slow going. About one mile per hour. And the temperature dropped steadily throughout the day as more clouds rolled in. 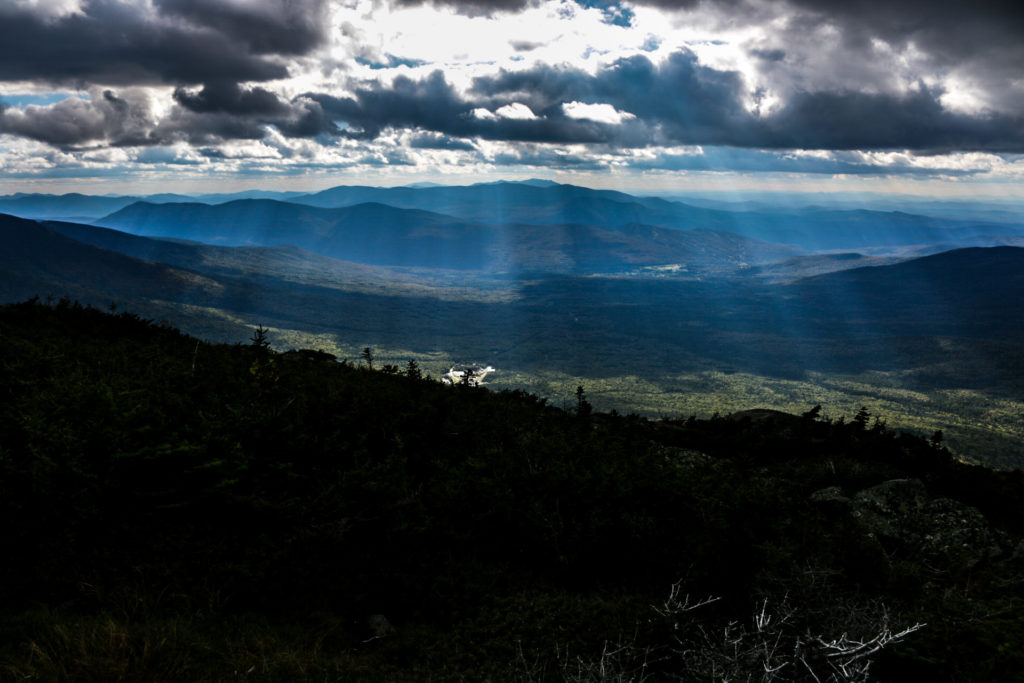 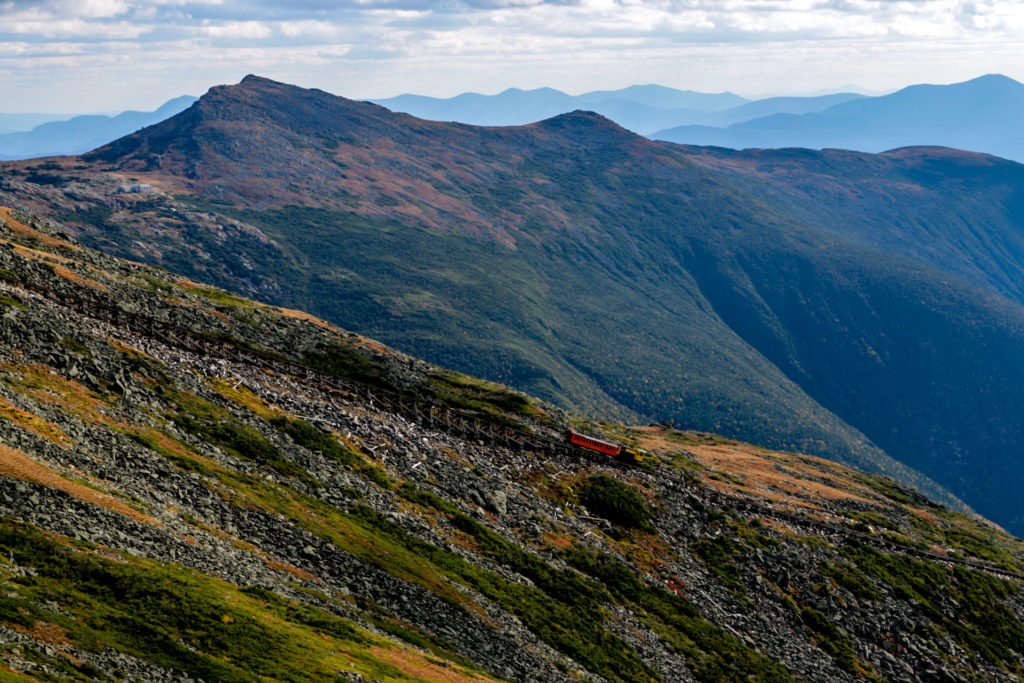 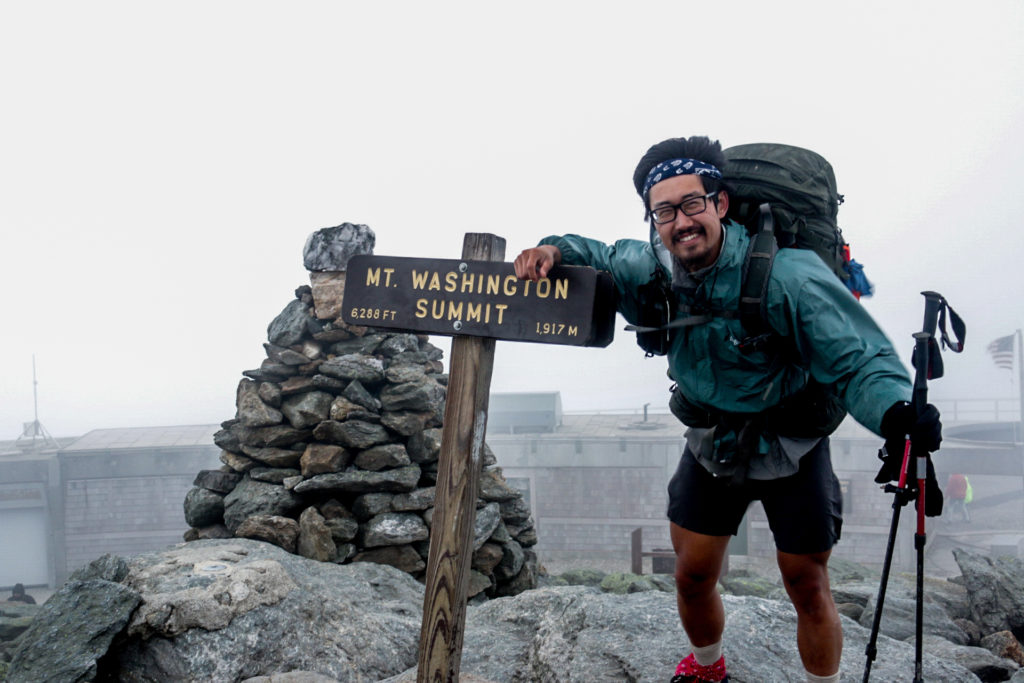 The Appalachian Trail follows the Cog railway for the last push up to the summit. It was weird to be hiking up the side of the mountain while tourists rode by in their steam engine, snapping photos of the crazy hikers.

The top of Washington has a visitors center, museum, cafeteria, and post office. It’s accessible by car and train and this leads to a really odd mix of people. The guy who took my summit photo was wearing shorts and flip flops and arrived at the summit via train while it took me almost 10 hours to hike there.

This is one of the reasons why Mt. Washington is the deadliest mountain in America. People are lulled into a false sense of security by its accessibility. The other reason why it’s so deadly is the crazy weather. 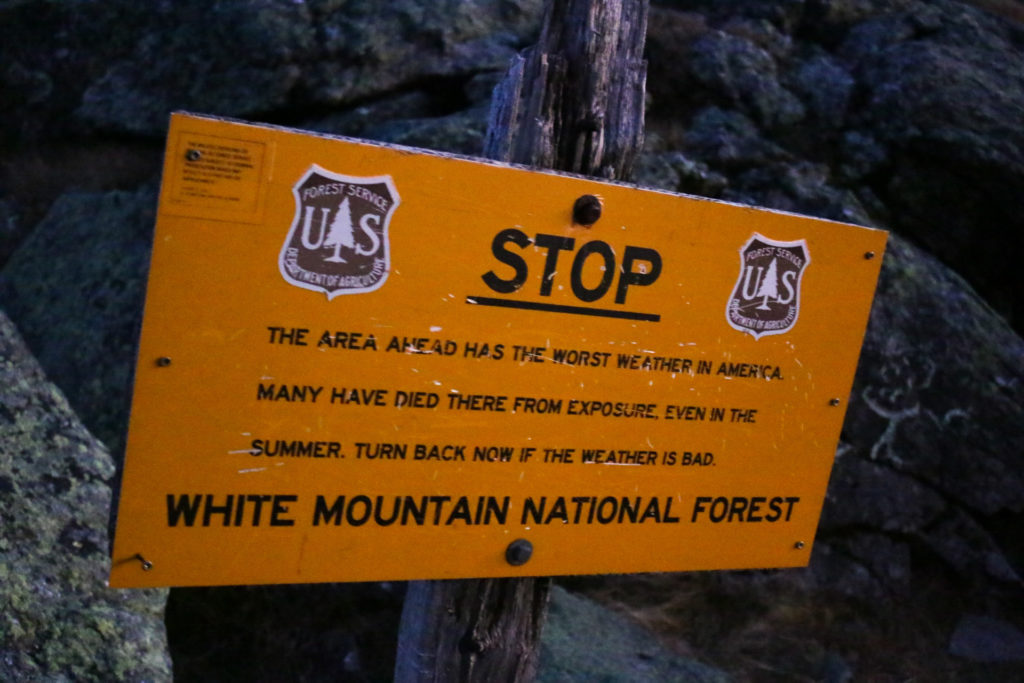 Since 1849 almost 150 people have died on Mt. Washington. After hiking it I’m surprised that death toll isn’t higher. It’s been the only day on the trail where I legitimately felt that death was a real possibility.

You need to feel the wind to truly appreciate it. Its force was enough to knock me off balance. Hikers have died because the wind pushed them off course and made them lose the trail. Gusts of up to 80mph made it feel like a vengeful ghost was periodically shoving you. Sometimes all I could do was cling to a rock and wait for a gust to die down before continuing on.

The temperature at the summit was a chilly 31 degrees and the wind chill factor dropped it to 5-15 above zero. I’m really thankful for the visitor’s center because I was very chilled when I arrived at the summit. 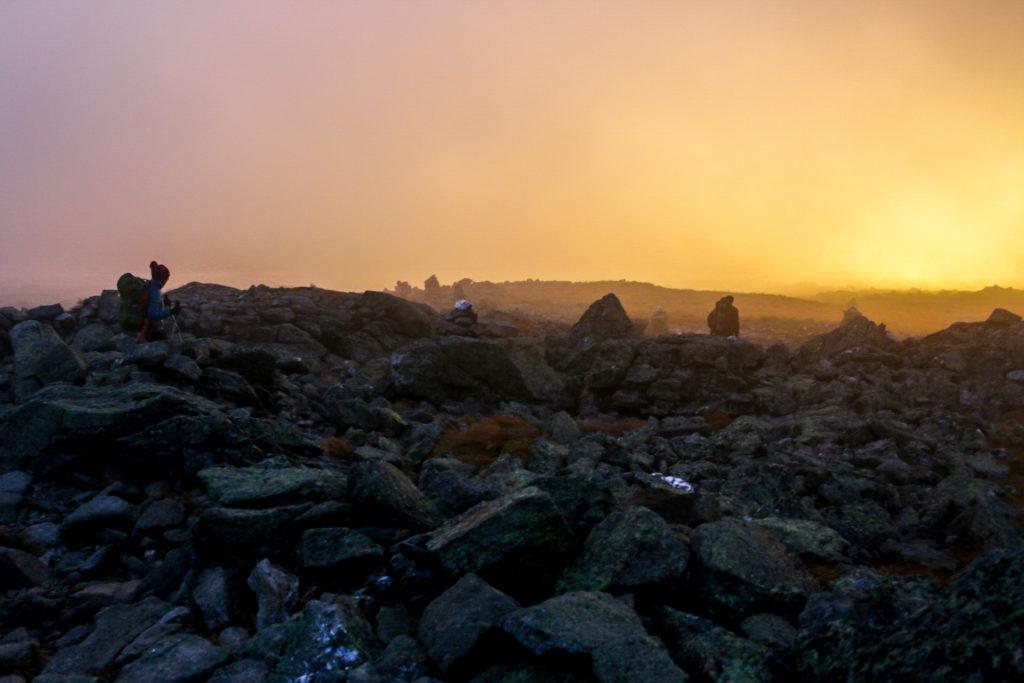 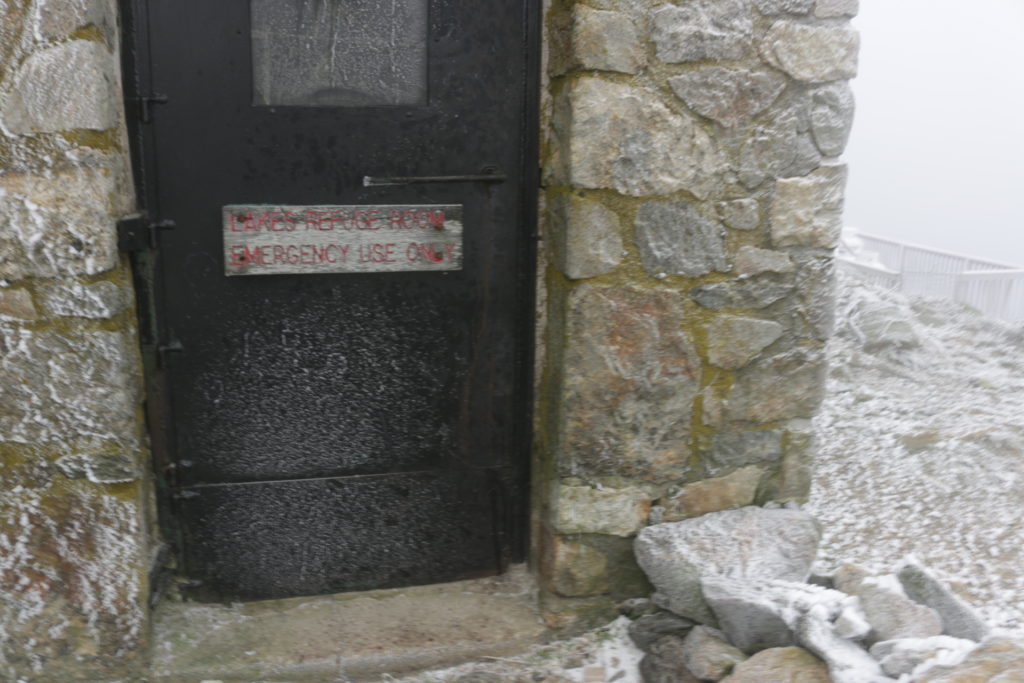 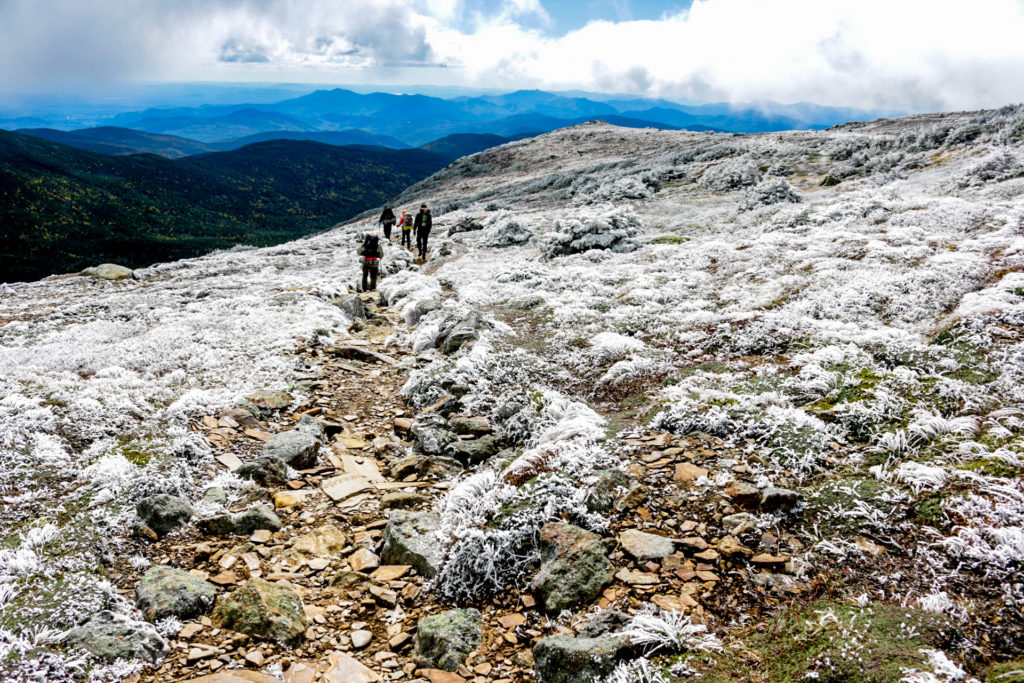 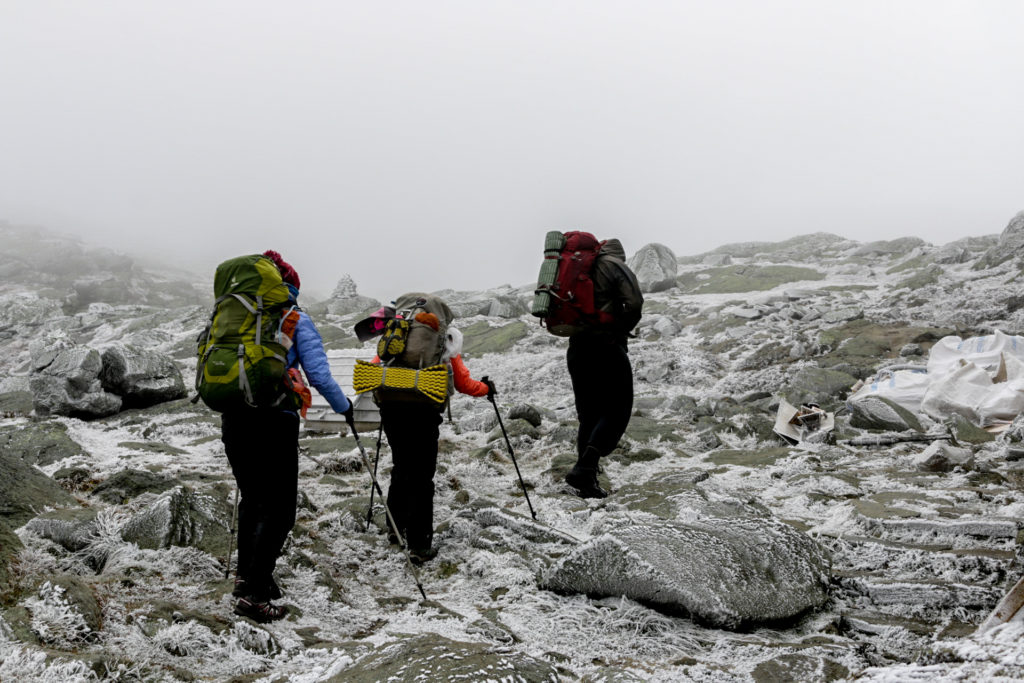 We hunkered down in the “dungeon” under lake of the clouds hut. It’s about a 12×12 cellar room with two triple stacked plywood bunks. There’s an open grate on the ground that goes god knows where and a broken window covered by a sheet of plywood. We squeezed 11 people in there that night. I don’t think anyone got much sleep between the howling wind, the frigid temperatures, and the odors generated by hikers who ate pizza and chili on the summit.

Everything was covered in frost the next morning. We didn’t get moving until noon and seriously debated staying in that dungeon another night. That should give you an idea of how horrible the conditions were outside. But the temperatures slowly rose as we descended and I think we all let out a sigh of relief when it looked like the imminent threat of freezing to death had passed.

That’s all from me. There’s still about 60 more miles of Whites to cover. I’m hoping to capture more mountain sunrises and sunsets. Hope everyone back home is doing well. I’m still loving every moment of this journey.